Shishito Pepper: A Quick Primer on These Summertime Wonders 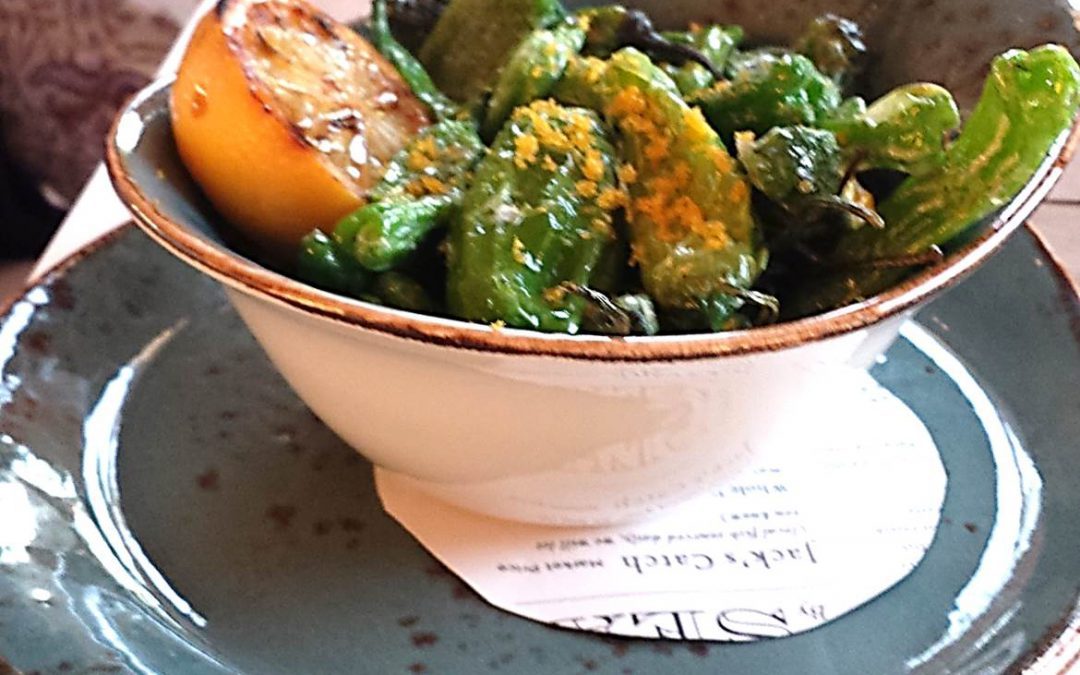 Shishito peppers have been a staple on many restaurant menus for several years, especially up-scale Japanese and Asian fusion restaurants (most notably Nobu).   There are appearing more and more at main stream restaurants – so we want to provide some background, then a few easy recipes to turn these summertime beauties into simple at-home delights.
The Wikipedia article on Shishito Peppers calls them “…a sweet, Japanese variety of the species Capsicum annuum,” and perfectly describes them as “…small and finger-ling sized, slender, and thin-walled.”  They also note that one in ten are spicy.  Our experience was more like every other pepper was hot – not mouth numbing, but close to it.  But even when the peppers were hot, they were also sweet, and tasted like the essence of green (think of the smell of fresh cut grass).
The plants are relatively easy to grow, but thrive in warmer climates.  The plants get bushy, and each plant is very prolific, providing dozens of peppers in the late spring/early summer time frame. Like all medium to hot peppers, the Shishito peppers are very rich in vitamin A and vitamin C.
Here’s our first recipe, which is similar to the preparation you will find at many restaurants, and is the traditional way to serve Shishitos in Japan.

How do you use these little wonders?  The simplest recipe is to blister the skins, either by sauteing or using a grill.

To sauté:  Heat a little olive oil in a wide sauté pan until it is good and hot but not smoking.  Poke a small hole near the top of each pepper. Add the peppers and cook them over medium, tossing and turning them frequently until they blister. It takes 10 to 15 minutes to cook a pan of peppers.
To grill:  Put the peppers on a skewer.  Coat the peppers with olive oil, then grill for 5-8 minutes.
The peppers shouldn’t be charred, except in places.
When they’re done, toss them with sea salt and add a squeeze of fresh lemon.

Want more recipes?  Hit “NEXT” to see some interesting variations