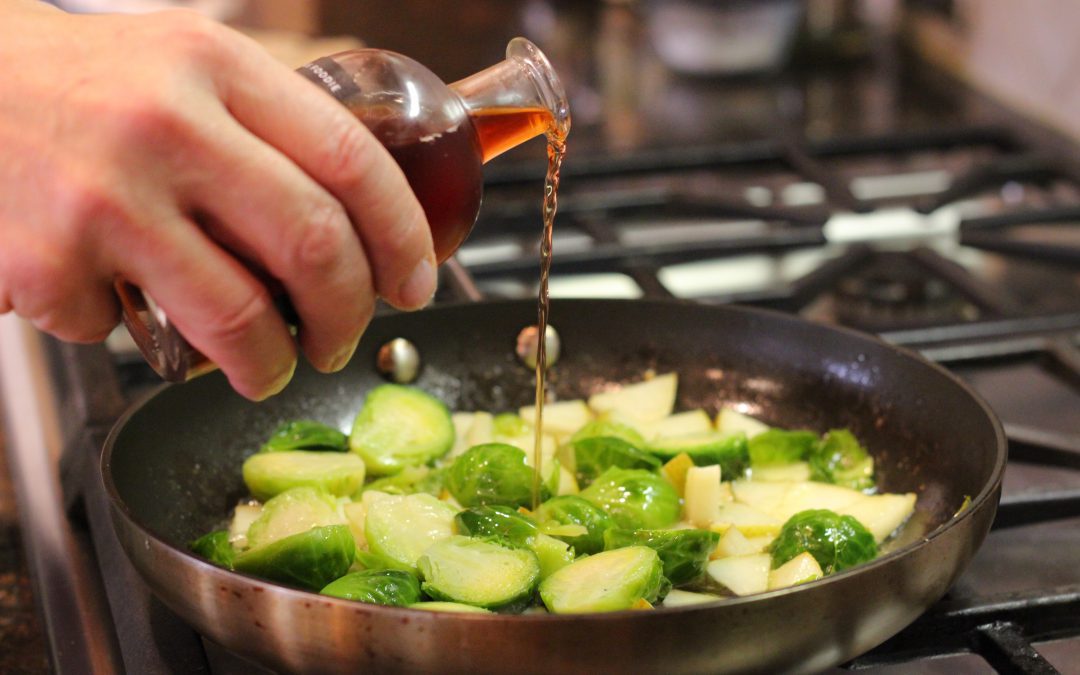 Brussels sprouts are one of those vegetables that people either love or hate – and often the haters were brought up on mushy, cabbage-tasting nasty little balls. However, when you learn a great technique like the one we’re offering, you will never go back to the steamed version.  Charred and crispy on the outside, lightly caramelized and meaty on the inside, and ready to serve faster than you can say “Foodie!”, these sautéed Brussels sprouts have become my new go-to quick and easy side dish.

When picking Brussels sprouts, make sure they have no brown spots.  The best ones are small (sweeter), and they should be tightly packed.  Avoid the trimmed version – the untrimmed sprouts last longer, and tend to hold their flavor.

We also liked the oven roasted, but we found that cooking the sprouts in a pan over high heat cuts bitterness by caramelizing them, creating crispness, and a sweet, nutty flavor. 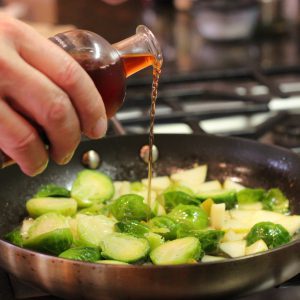 When cooked properly, Brussels sprouts taste fantastic, even addictive. While Brussels sprouts can be bitter raw, cooking them at a high temperature ensures they have a rich, caramelized flavor, and a tender, satisfying (but not mushy!) texture. Do not over-crowd your pan, which will lead to uneven cooking.
Print Recipe Pin Recipe

Throwing some garlic in the pan about half way during cooking gives another boost in flavor.  The nuttiness of the garlic is a delicious combination with the sweet/sour vinegar and the crisp sprouts.