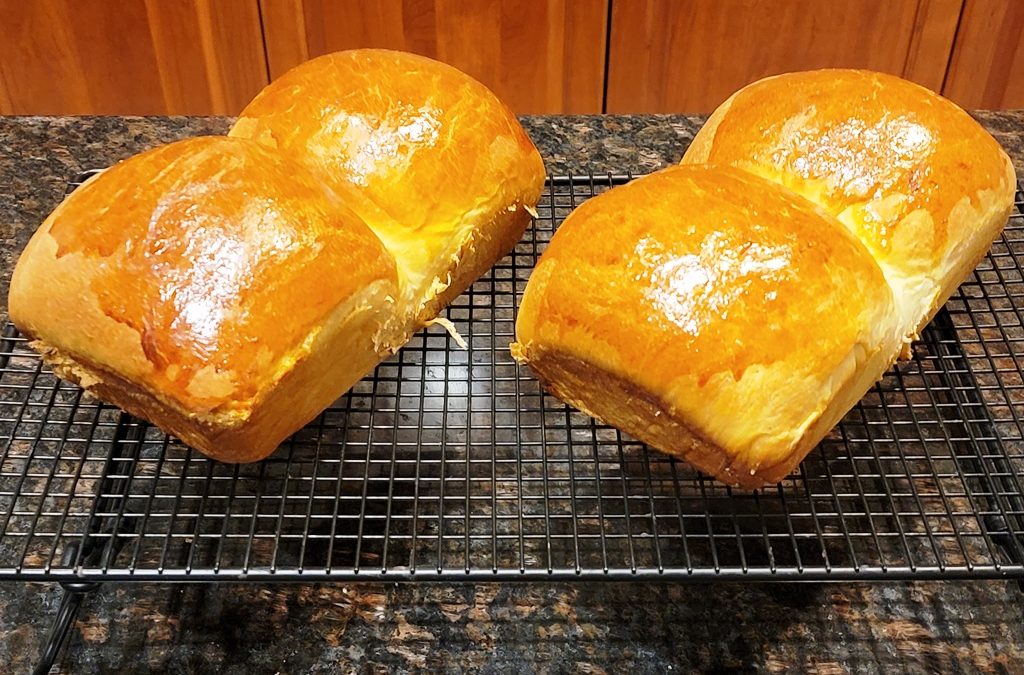 Do you know about Japanese Milk Bread (sometimes called Shokupan, or Hokkaido Japanese Milk Bread)?  Well, if you haven’t, you need to.  For some reason it is now the rage – we’ve seen it on about a dozen restaurant menus recently, where they’re charging an outrageous amount for a bread that is so easy to make at home.  So Serious Foodie show you how it’s done.

Japanese milk bread reminds us a lot of brioche – lots of eggs and butter go into the dough.  There are a few technique differences that are different than a normal white bread, and certainly a lot less fussy than our weekly sourdough loaf.  And it’s much easier, and actually a lot tastier, than brioche – and certainly better than most any brioche that you’ll buy in the store.

Our home version will give you 2 beautiful looking, rounded top loaves (commercial versions are often perfectly square). We used our loaves recently at a party, making a very simple Texas Toast from fresh slices.  None was left over.  But if you do have any left over, it will keep at room temperature in an airtight container or plastic bag for several days.  We put ours in the refrigerator, which will keep for slightly longer.  It’s best rewarmed or toasted – and, if well wrapped, it freezes nicely.

We were interested in the history of Japanese Milk Bread, and found some contradictory information.  We saw an episode of Milk Street which featured Sonoko Sakai who gave her recipe – and claimed that the recipe was a post-World War II creation to use milk, milk powder, eggs, and flour that was being delivered to help the Japan rebuilding process. According to Elyse Inaminefrom Bon Appetite, the recipe has its origins  recipe to British baker Robert Clarke, who opened Yokohama Bakery in Japan back in 1862 (read Ms. Inamine’s excellent article HERE). 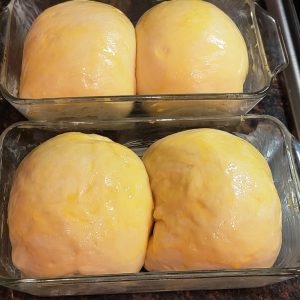 For the Tangzhong Starter