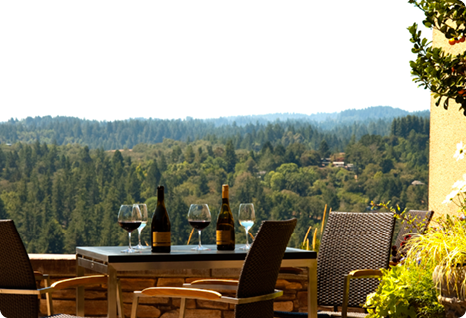 Every trip we take involves either wine or food – and most of the time some of each.  We ventured to California to re-visit the Sonoma Wine Country, looking to explore recent vintages of a few old favorites, and discovering some new gems. 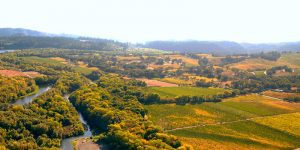 We dove a bit into the over-all history of the region during this trip, and found some surprises.  Sonoma Wine Country is one of the oldest wine regions in the US.  According to Wikipedia, “Grapes were planted in Sonoma County at Fort Ross as early as 1812. Padre Jose Altimira planted several thousand grape vines in what is now the city of Sonoma.”  In the 1920s there were 256 wineries in Sonoma County, with more than 22,000 acres. Now over 60,000 acres, and more than 425 wineries.  In fact, it’s a surprise when you find a plot of land without a grape vine.  By comparison, Napa has 43,000 acres  over 325 wineries.  Even though Sonoma has more grapes & wineries than Napa, there is a feeling of intimacy and connection to the vineyards and wine making that you get in Sonoma versus Napa.  And the prices are more reasonable.

We traveled to 2 wineries per day to prevent taste bud overload, but still managed to cover quite a bit of territory over our week trip in Sonoma Wine Country.  Four places stood out to us: Walter Hansel, Paul Hobbs, Gary Farrell, and Three Sticks.  The first two are old favorites of the Serious Foodie team, while Gary Farrell and Three Sticks were new to us.   We were surprised & delighted to have the owner, Stephen Hansel, join us for the wine tasting.  He told us, in exquisite detail, about the layout of his vineyards, and what made certain plots so special.  We’ve collected Hansel Pinot Noir for many years, so we were anxious to taste the current vintage as well as trying their Chardonnay for the first time.  The 2019 Pinot Noir was a hit for us – but the Hansel Chardonnay was even a bigger surprise.  Deep gold, lovely texture, not overly oaked – we tasted lots of exotic fruit notes, and a pleasant minerality.  A number of Hansel bottles, both red and white, were added to our collection. 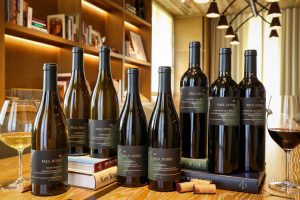 Another favorite of ours is Paul Hobbs – unique because of the award winning Pinot Noir wines  AND their Cabernet Sauvignon, sourced primarily from Napa Valley (and most famously, from the Beckstoffer To Kalon Vineyard).  We learned a lot more of the Paul Hobbs story, finding out that he got a degree in chemistry from Notre Dame before hearing the siren call of wine making.  He is also a wine maker across 3 continents, meaning that he has at least  two harvests annually across seven countries.  And his wines are truly artisan.

Although very different in taste and style, we would put Gary Farrell and Three Sticks in the same category of highly artisanal, highly sought-after wines owned by the same person – Bill Price.  Both wineries offered an amazing tasting experience, while 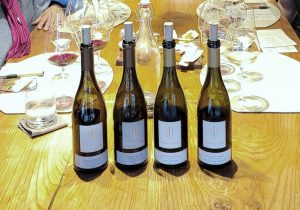 they were quite different venue styles.  The Gary Farrell winery was like being in a back-woods estate, surrounded by an amazing view of the Russian River Valley (see featured image, and image at the top of the page), while Three Sticks was like going to dinner at a fancy restaurant with a private dining area.  The hospitality at both was great, with the Three Sticks experience being the best we’ve ever had in California.  One wine we need to call attention to, because it was so unique, was the Three Sticks 2020 Casteñada White which was a Rhone varietal blend of Roussanne, Marsanne, Grenache Blanc and Viognier.  It was flowery in a pleasant way, had hints of sweet ginger, a bunch of citrus flavors – we loved this odd sister of the clan, so we brought her home (a whole case).

Check out our other wine reviews: