Marea: One of New York's Finest (And a Crudo Recipe) 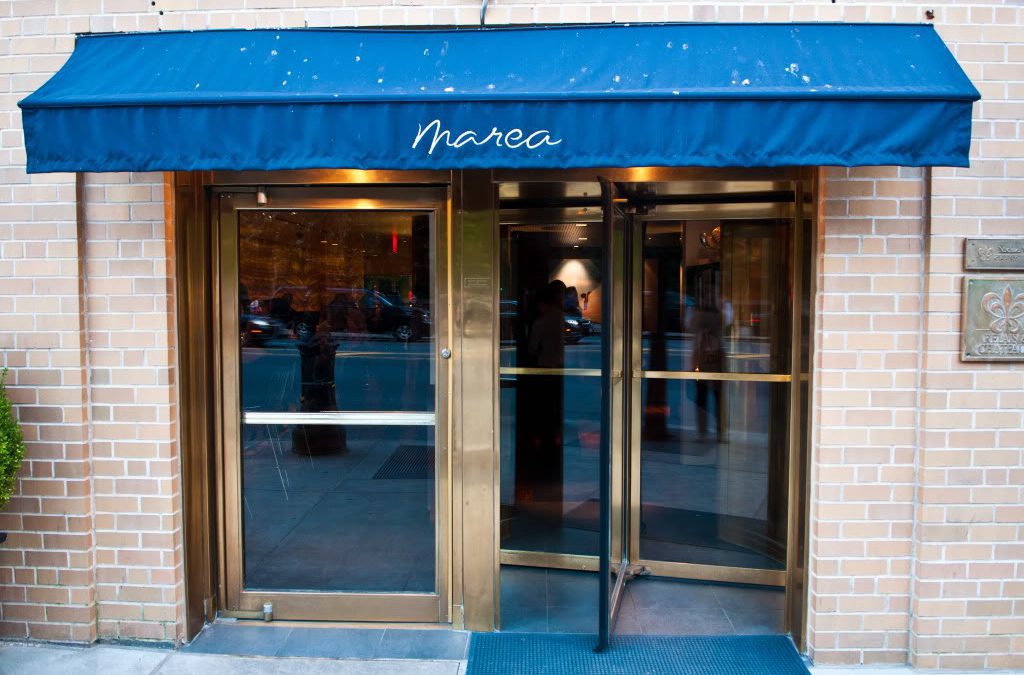 There are so many choices in NYC for fine dining, and it seems that bar gets raised higher and higher as new restaurants open, new concepts explored, new trends established.  Marea is not so new (opened in 2009), relatively speaking, but it is still “young” – and still has the feel of youthful exuberance in its atmosphere, service, and menu.  It’s hard to believe that an Italian seafood-oriented restaurant can rival the great Le Bernardin, but Marea is at the same level.

From start (amuse bouche) to finish (house-made mini chocolate cake), we were “wowed,” which is no small feat.  Highest quality crudo in the city, done with elegance & creativity.  And probably one of the best pasta dishes in the world (octopus & bone marrow – simply amazing!).  Worth the trip, and worth the price.

We also want to greatly complement the wait staff.  We were there the day before the Super Bowl, with every football dignitary in town. A well-known group from the Washington, DC area requested a last minute change – from a table of six to twelve.  The wait staff performed an incredible ballet to accommodate, orchestrated by Maitre d’ George, which minimized any inconvenience to the other diners.  They were busy beyond belief, but we were never rushed, and they were gracious in every way.
Crudo means raw in Italian, but it also means the Italian version of sashimi. As with the Japanese version, the quality of dish rests in raw fish being at the peak of freshness.  It is often simply dressed with olive oil, salt, and lemon.  We had a number of masterful combinations at Marea, including (1) paci fic jack mackerel, tomato, fennel, trout roe, potato chip and (2) pacific sardine, Bartlet pear, horseradish, brioche.  We also had a wonderfully prepared fluke on a previous visit, so we are presenting a recipe from our repertoire that is simple and delicious (click on “Next” to see the recipe).