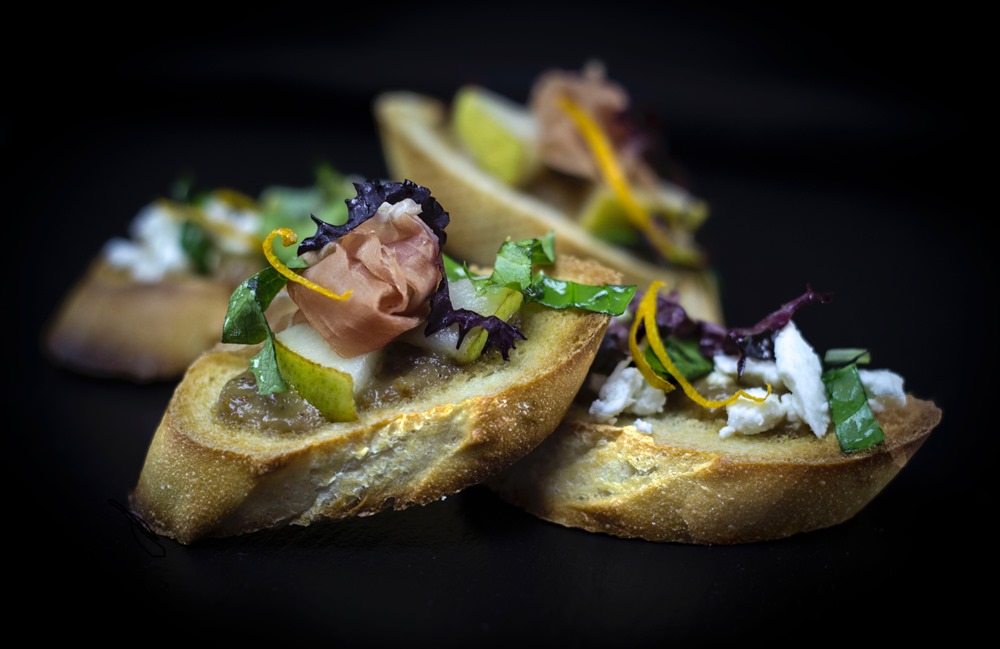 Crostini are quick and easy appetizers (or antipasti) that can be as simple as baguette slices that have been rubbed with garlic, brushed with oil, sprinkled with salt and pepper, and baked until golden brown. Sometimes folks call these bread morsels “bruschetta”, so let’s start with a bit of definition. 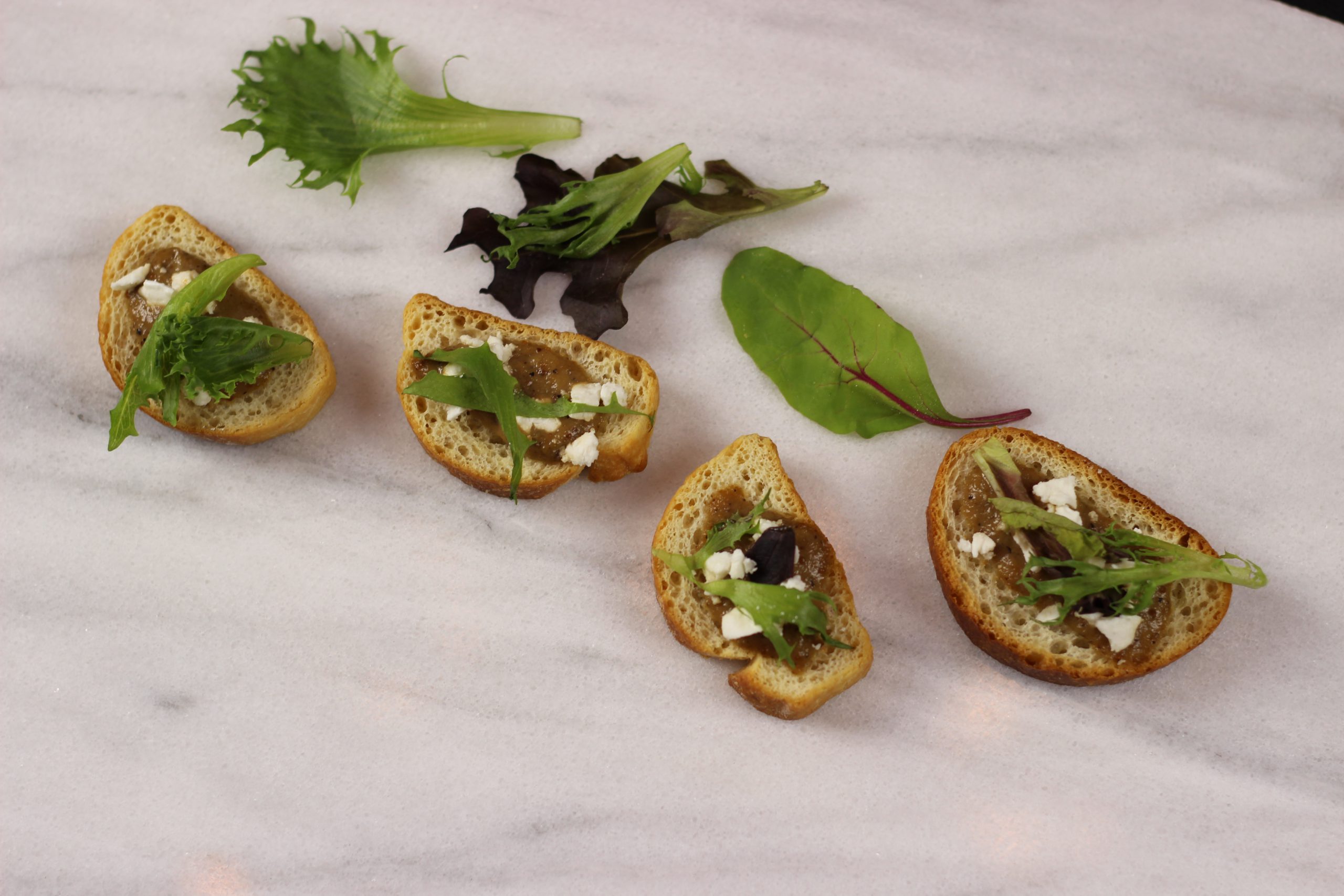 Bruschetta and crostini are both bread preparations used in antipasti.  The difference between bruschettas and crostini is the bread used – and it’s really splitting hairs.  Crostini means “little toasts” in Italian, and are typically small, thin slices of toasted bread, which are usually brushed with olive oil.  Use a finer-textured bread, like a white bread baguette, and you can call it a crostini.  Bruschetta derives from the Italian verb bruscare meaning “to roast over coals.” The traditional version is made by rubbing slices of toasted bread with garlic cloves, then drizzling the bread with extra-virgin olive oil. The bread is salted and peppered, then served warm – but sometimes served at room temperature.  The difference between bruschettas and crostini is the bread used – bruschetta uses slightly larger loaves.  You might be served one or two bruschetta, but four to six crostini as antipasti.

There are so many possible variations on crostini – too many to mention in one article.  Here we are showing a simple – but elegant – preparation using easy to find ingredients, and topped off with the Serious Foodie Fig/Orange sauce (a Southern Italian inspired finishing sauce – click HERE to order on line).  We’ll mention a few other possibilities after the recipe.

Prep time: 10 mins
Cook time: 15 mins
Total time: 25 mins
Serves: Serves 6
Easy & elegant appetizer – with a lot of possible variations. We start here with fresh bread, but you can use the packaged, pre-toasted variety to make the prep time even shorter.

Want more ideas for your crostini?  You’ll find a lot of recipes on various well-known websites, but none better than Martha Stewart.  Here a few fun suggestions: 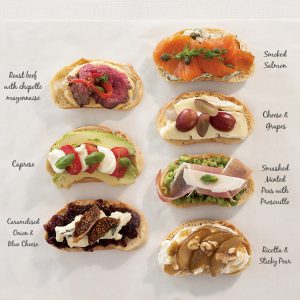