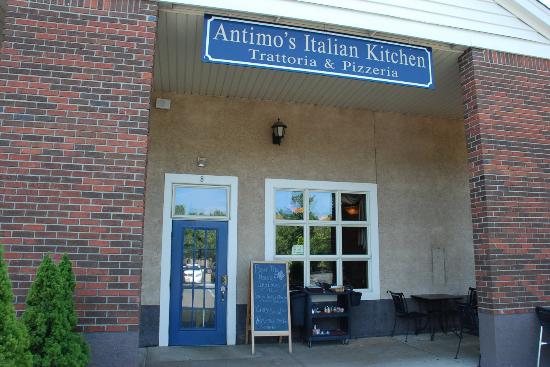 We have seen the evolution of Antimo’s from a simple pizza spot, to an Italian restaurant serving great pasta – a true neighborhood gem.  MrSeriousFoodie and the DinnerDoctor had many meals from Antimo’s, and we were delighted to see their growing success and popularity.  One day in March, after they were reviewed by a local publication, there was a line waiting for a table.  This was good to see.
For many dishes, the pasta is homemade by pasta maker Nino.  You can ask for fresh pasta with any dish – and it is certainly worth the little extra wait.  There is nothing like truly fresh made pasta, and there is no restaurant in the greater Princeton area that makes it.  They make a form of filled pasta which they call agnolotti (a filled pasta traditional to the Piedmont region); their version is more like manicotti, but it is very good, especially with their meat-based Bolognese sauce.  Try their traditional Neapolitan specialties, such as the lasagna (homemade) and their stuffed shells.
Their lasagna is one of the best we’ve tasted outside of Italy. And their red sauce rivals our homemade version, which is a very high bar. Antimo, or one of his brothers, always has a smile and a handshake, which makes this one of our neighborhood gems.