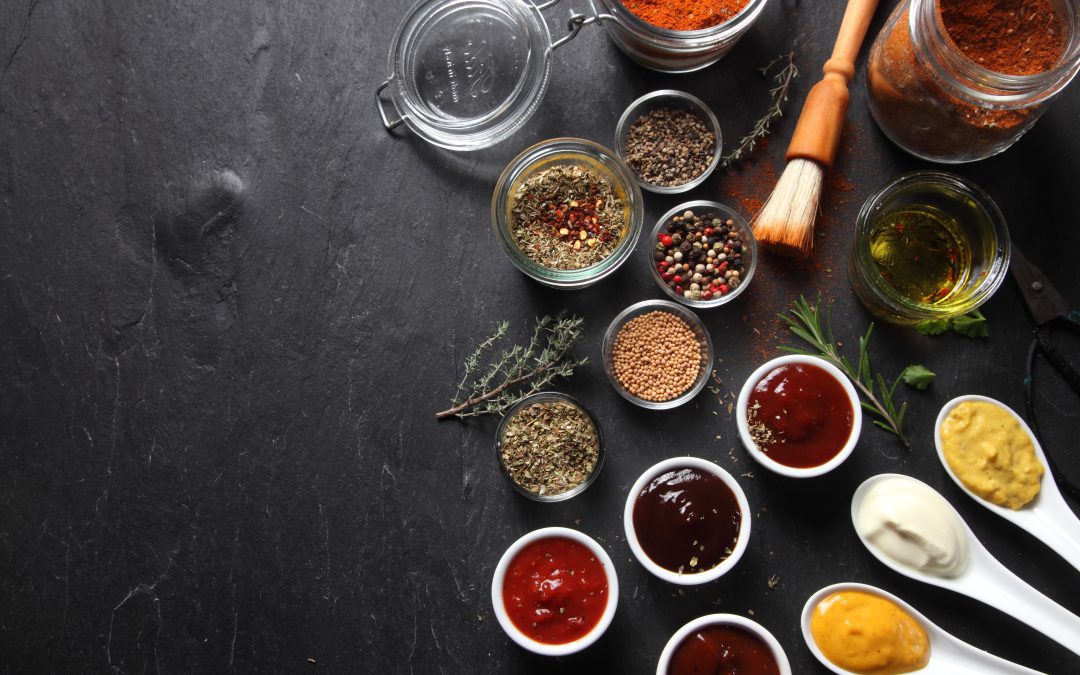 Ask ten people about marinades, dry rubs, brine, and finishing sauces – and you’ll get at least five different answers and five blank stares.  Even among professional chefs there is plenty of confusion on how and when to use a marinade – and why sometimes it would be better to use a dry rub or a brine. Then, should you sauce or not?

So, we thought you’d like to hear about some of the basic facts behind using each of these techniques so important for grilling and roasting.  In this article, we run through the basics on brining.

In it’s simplest form, a brine is salt and water.  It’s a very old technique, and somehow was lost to every day cooks for a while.  Thankfully, it’s back in style – which is a good thing, as bringing can be used on most meats to improve flavor and texture.  As we’ve done with previous articles in this series, let’s first start with the basics:

Ingredients for the Basic Brine

In a medium bowl, combine the salt, sugar and water. Whisk vigorously until all the salt and sugar is dissolved. Then pour this mixture over the meat, poultry, or fish that you are preparing. Soak for several hours, or overnight – 45 minutes per pound on average is a good rule of thumb. One hour minimum, 12 hour maximum. (Note: Make certain the meat is fully submerged in the brine, and making more brine as needed to fully cover the meat.)

Directions:  Whisk together all the ingredients, then pour over the meat.

Directions:  Whisk together all the ingredients, then pour over the meat.

How to use a Brine

Simple – mix the brine ingredients, add to a Ziploc plastic bag (or a tight container), place the meat into the brine, and wait.  For larger items (such as turkeys), you will need a big non-reactive pot (not aluminum), and a  cool place to store it.  When you remove the meat, it’s best to give a quick rinse to remove surface salt, then pat dry before cooking.  Discard the brine – NEVER use it twice.

How a Brine Works

Normally, meat loses about 30 percent of its weight during cooking. But if you soak the meat in a brine first, you can reduce this moisture loss during cooking.  Brining meat adds moisture through a process called osmosis. Osmosis happens when water flows from a lower concentration of a solution to a higher concentration through a semipermeable membrane. Water first gets pulled out of the meat (in the first hour or so), but the salt also redistributes into the meat.  Once equilibrium (a balance of salt and water) is reached between the brine solution and the meat , then there will be more moisture in the meat.  When you add flavors to the brine, the meat pulls in the flavor along with the salt.

Brining enhances juiciness in several ways. First of all, muscle fibers simply absorb liquid during the brining period. Some of this liquid gets lost during cooking, but since the meat is in a sense more juicy at the start of cooking, it ends up juicier. We can verify that brined meat and fish absorb liquid by weighing them before and after brining. Brined meats can weigh up to 10 percent more than they did before brining—clear proof of the water uptake.