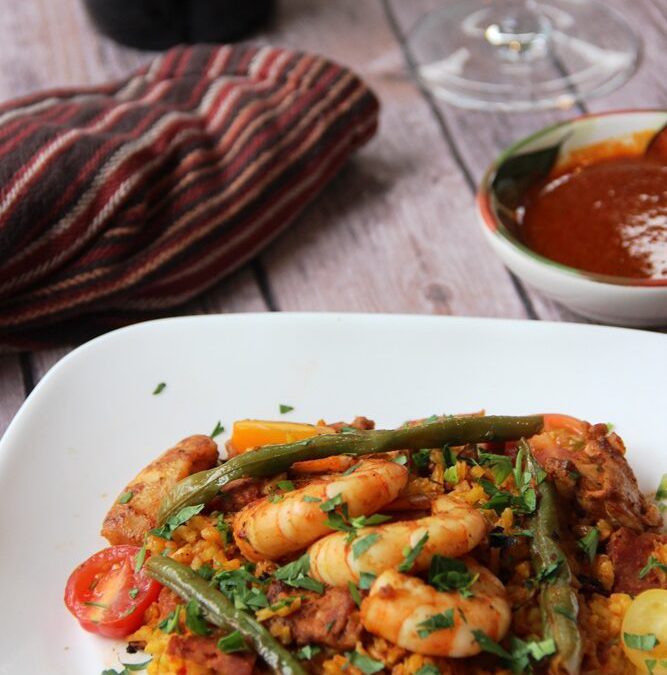 We love paella, and we usually have to  wait for a weekend with nothing to do but work through all the steps to make a proper batch.  We came across a recipe while watching one of our favorite food shows – Christopher Kimball’s Milk Street.  We learned so much about the origins of paella, and the regional variations from their article.  But most importantly, their chefs came up with basically a one-pot meal which can be made in less than an hour.

We’ve modified the recipe so that you can use our Serious Foodie Spanish kit, which contains rice and seasonings that will make this your new go-to Spanish comfort food meal.  We’ve also changed a few ingredients, adding chorizo and shrimp, and eliminating cannellini beans.

To quote the Milk Street recipe, "Don't forget to stir in the rice after sprinkling it into the pan. Distributing the grains in an even layer and making sure they're submerged ensures even cooking. But after that, resist the urge to stir. Undisturbed cooking allows the paella to form a nicely browned bottom crust called socarrat."