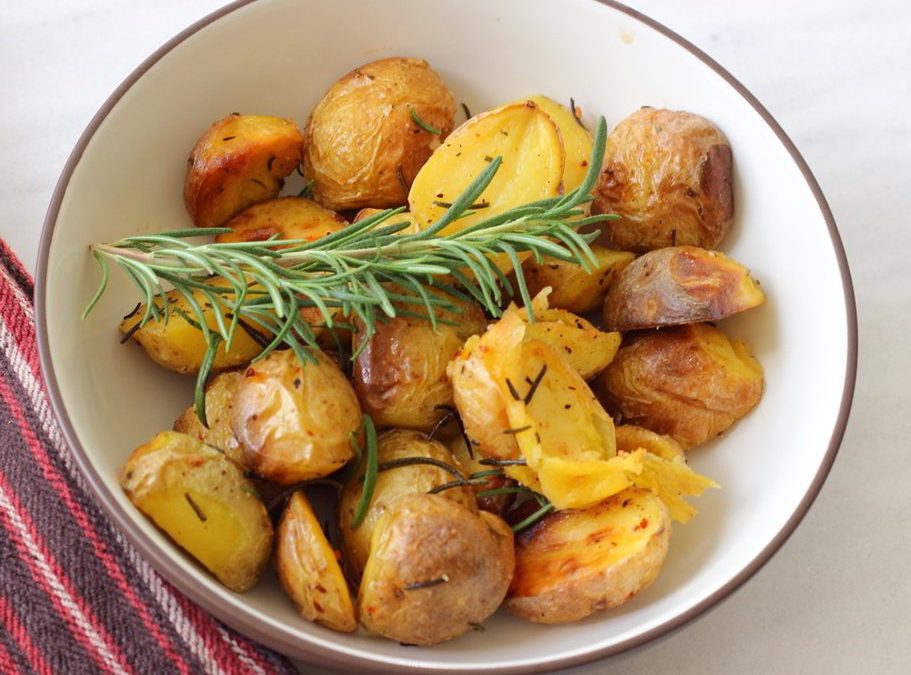 Roasted potatoes tossed with rosemary is a classic combination that everyone seems to love, and here we’re adding a Serious Foodie twist. There  are two keys to making this recipe work:  (1) roasting the potatoes until they’ve turned golden and crispy on the outside; (2) using the Serious Foodie West African Paradise rub as a seasoning instead of salt and pepper. The main ingredient in this spice rub is called Grains of Paradise, which has hints of lemon and fennel – which goes perfectly with the potatoes and rosemary.

In our test kitchen, we have a hard time getting these potatoes to the table without eating half the batch straight off the baking sheet. 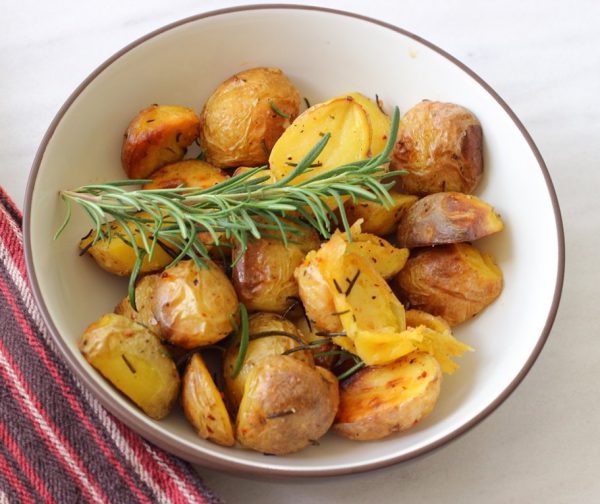