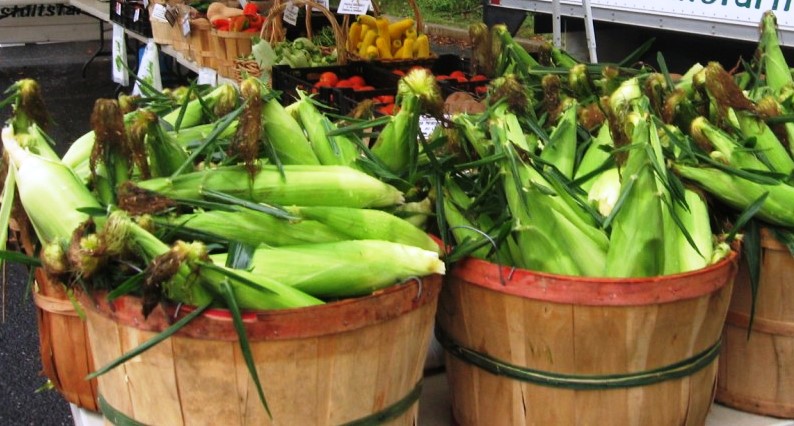 Maybe it’s the growing conditions, like the late summer heat, that makes corn so good this time of year.  Or maybe it’s just the desire to hold onto the last vestiges of summer that fools us into thinking that we now have the best corn of the year. We were inspired to write about corn after posting our Roasted Corn and Quinoa Salad recipe, which seems to have been a big summer hit (click HERE to see recipe).  We then saw a wonderful article by Jim Shahin, which was an incredible how-to primer on how to roast corn (click HERE to see article).  Mr Shahin shows five different methods, and why each one might serve a purpose. So, whatever method you choose, and whatever variety is available, it’s time to enjoy using the last of the summer corn.  These recipes work well for tailgate events, too (as long as you can find good quality corn). Here are two recipes you might want consider (or just eat an ear or two with butter & salt, or plain naked). Grilled Creamed Corn Author: Courtesy of Jim Shahin Prep time: 15 mins Cook time: 15 mins Total time: 30 mins Serves: 4 to […] 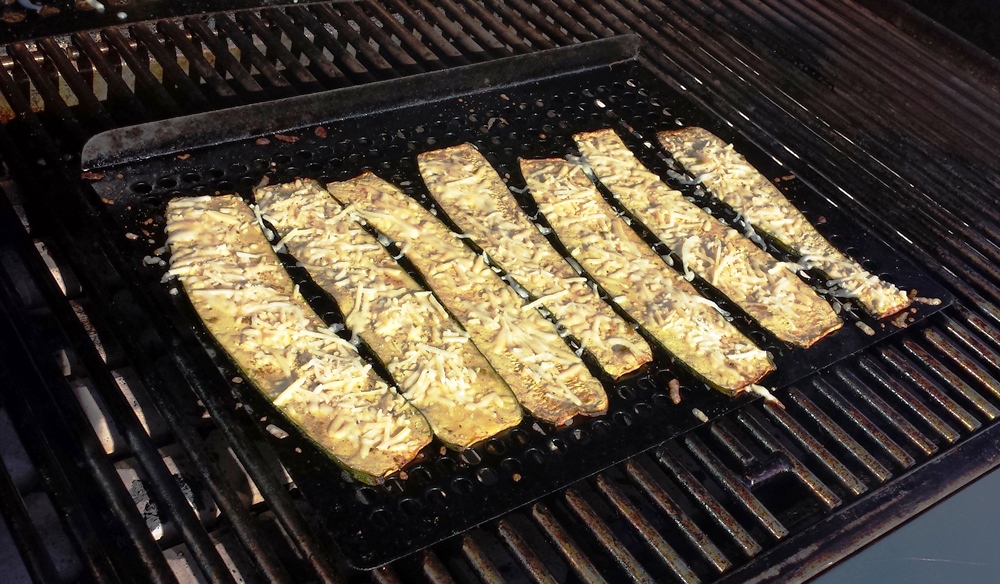 August and September seem to be zucchini month.  The farmer’s markets, local stores, and our own gardens have a ton of this wonderful vegetable – and there is nothing like local zucchini, fresh & sweet & fun.  With all this veggie goodness, we certainly need as many easy and tasty zucchini recipes as possible. We recently worked up a new  recipe with infuses additional complimentary flavors to the fresh zucchini, using an easy to make marinade from one of the Serious Foodie sauces (click HERE to find Serious Foodie sauces).  This is an elegant party dish – and works well for tailgate events, too! A Great Zucchini Recipe Author: Mr. Serious Foodie Prep time: 40 mins Cook time: 10 mins Total time: 50 mins Serves: Serves 4 You can substitute other flavorful vinegar-based marinades, but we found that there was a perfect flavor match between the zucchini and the Southern Italian-based Fig/Orange sauce from the Serious Foodie Ingredients 3 medium to large zucchini 1/2 cup Orange & Calimyrna Fig sauce from the Serious Foodie 1/4 cup apple cider vinegar (or other white mild vinegar) 1 tablespoon light brown sugar (optional) 1 teaspoon salt (optional) 1/4 cup olive oil 1 cup […]

Holiday meals are so much about connecting with family and friends.  Everyone has their favorite dish, from green bean casserole to mashed potatoes and cranberry sauce. We offer here some of the standout sides from the Serious Foodie chefs, as well as from other experts – old standards, along with a number of dishes inspired from our favorite international regional cuisines.  These dishes can also serve as vegetarian main dishes. The Serious Foodie Peruvian Blood Orange Sauce is a great complement to most any vegetable dish, but especially butternut squash (click HERE) and roasted vegetables (click HERE). It might be too cold in some areas to grill, but you can simply broil vegetables on a skewer, and finish with some seasoning salt (for instance, try one of the Serious Foodie spice rubs, such as Asian Fusion or TexMex rub on any vegetable dish – click HERE).  We provide a full recipe on grilled vegetables HERE. We love green leafy vegetables – especially kale and Swiss chard.  Here are two very simple recipes for delicious healthy side dishes. Pan roasted kale and veggies Braised Swiss Chard   We came across a series of Moroccan carrot recipes, which can be served warm […] 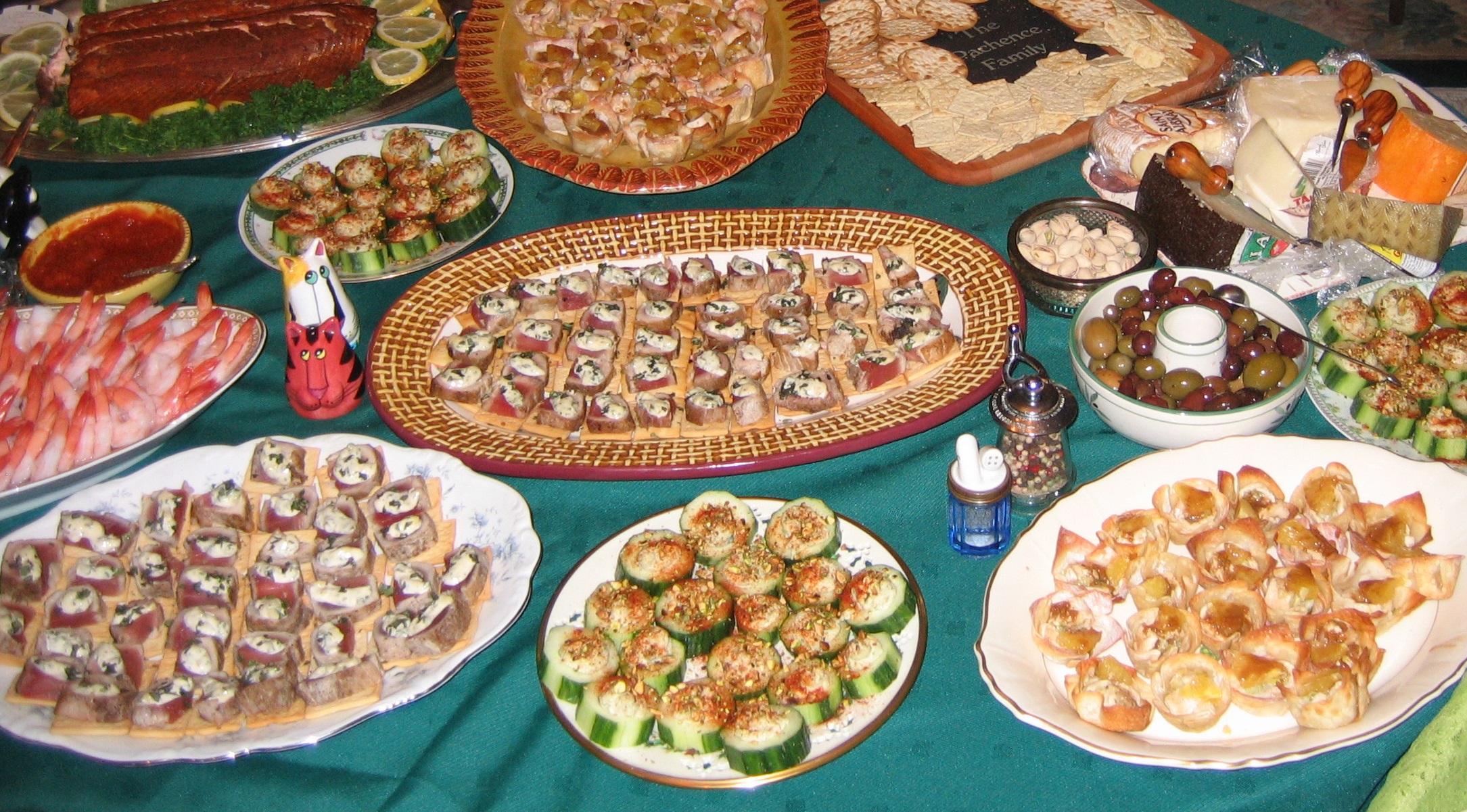 There are many Italian Americans, or folks who wish they had Italian heritage, who celebrate The Feast of the Fishes on Christmas Eve. The tradition seems to have its roots in central and southern Italian tradition, but is found anywhere that fish is plentiful in Italy. The long tradition of eating seafood on Christmas Eve has its roots in from the Roman Catholic  faith, as a form of abstinence;  Catholics were to refrain from eating meat or dairy on certain holy days, including Christmas Eve.   As no meat or butter could be used on such days, observant Catholics would instead eat seafood, typically fried in oil. Many of the dishes found on the Feast of the Fishes menu include calamari, eel, clams, mussels, salt cod, and other ingredients which were often considered peasant food (plentiful supply, and inexpensive).  Now, most of these ingredients are considered gourmet.  In true Italian style, the Feast of the Fishes has turned into course after course of luxurious seafood dishes. Different regions have their own tradition – and it seems that Italians throughout the world create their own traditions. The number of fishes can be seven (the most common), nine, or eleven, and seafood dish […] 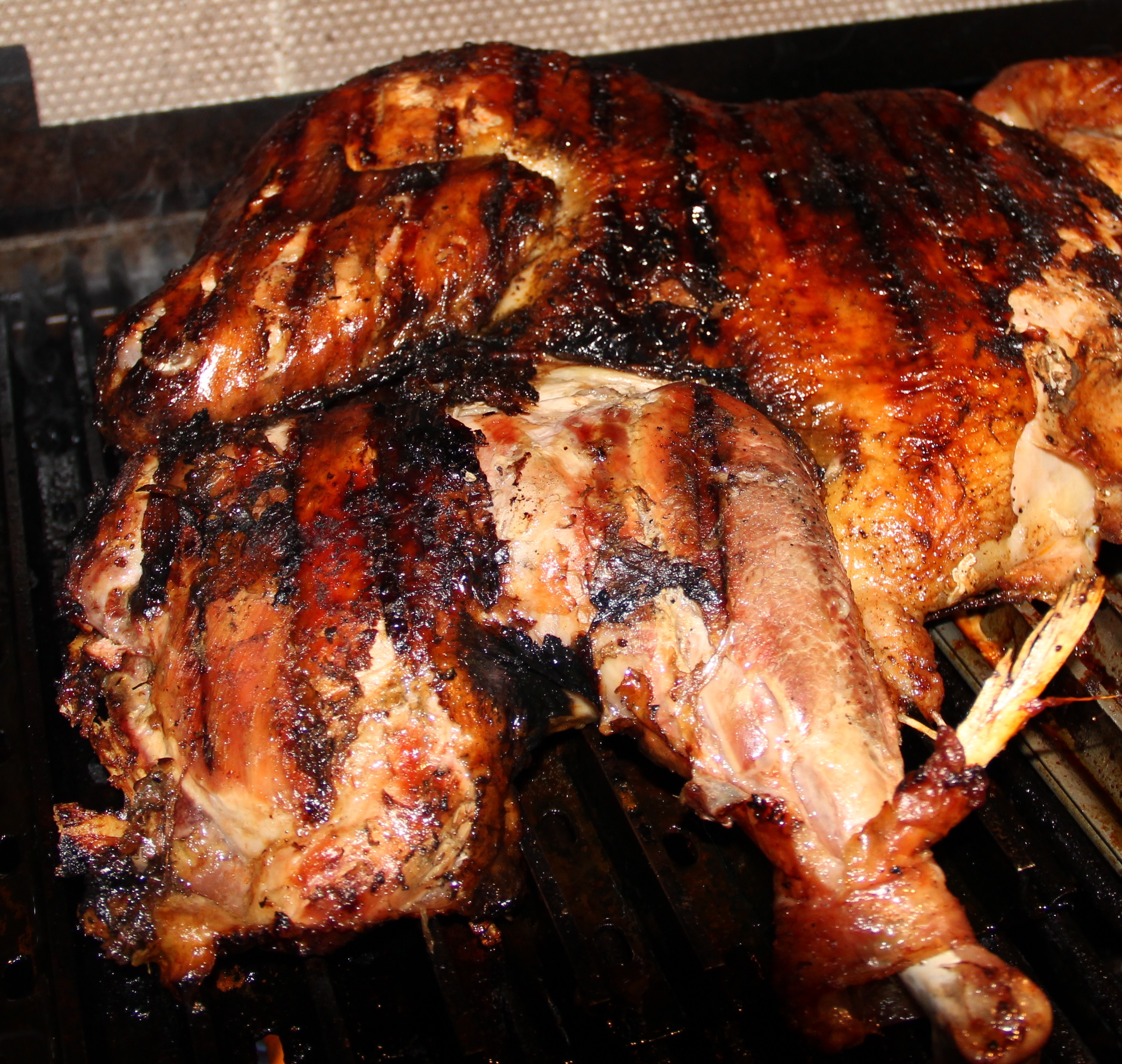 [vc_row][vc_column][vc_column_text] There always seems to be a lot of Thanksgiving angst about cooking turkey – worries about underdone parts, overdone parts, and the dreaded dry parts.  We’ve seen a lot of recipes and cooking techniques – roasting versus frying, brine versus dry rub, etc.  What most of the turkey recipes have in common is a lot of work, and a lot of remaining anxiety. In our video series, we show you how to make tender, juicy, fast, and easy chicken every time by grilling under bricks (click HERE to see the video).  The same technique can be used for turkey – and the results are just as consistent – and impressive. The core of the technique is using a butcher’s cut called spatchcock – which is just a weird term which means butterflied turkey (removing the backbone and flattening the bird).  The Serious Foodie video for chicken shows the method – and we also found this awesome YouTube video talking about the virtues of spatchcocked turkey, and shows a great version of the butchering technique: With this technique, you can also toss out the brining step – your spatchcocked. brick grilled turkey will be moist and tender without it.  You […] 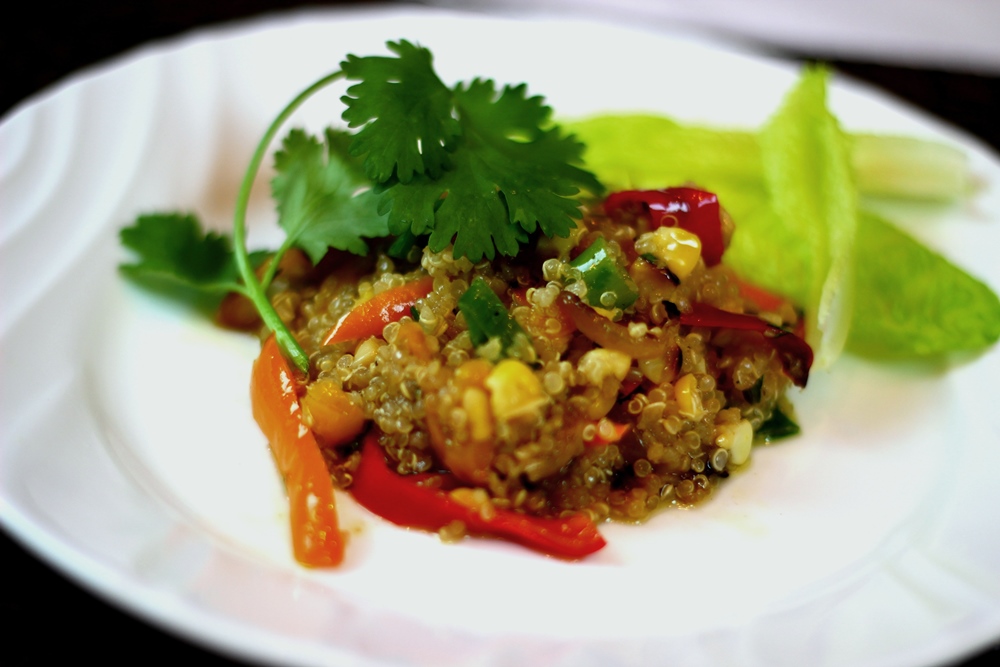 Quinoa – it’s showing up everywhere, even at some fast food restaurants, so you might think it is overused.  But when make correctly, it is still a protein-packed, satisfying ingredient. With the last of the wonderful fresh corn at the farmer’s markets, this is a wonderful recipe to try now. With this recipe, we provide a few quick tips on how to make quinoa so that it is not woefully overcooked, while adding some boldly flavored ingredients that will really pull out the naturally nutty flavor of this amazing grain.  We give you a recipe for a seriously great vinaigrette made from our own Serious Foodie Hatch Chile Sauce (click HERE). Roasted Corn and Quinoa Salad Prep time: 1 hour Cook time: 30 mins Total time: 1 hour 30 mins Serves: 4 to 6 servings Quinoa is a bit of a blank slate – but the key to good grains is the cooking technique. We toast the grains, like a risotto, then add broth along with water – and we stay light on the water so that you don’t end up with a mushy mess. Ingredients 3 tablespoons Serious Foodie Hatch Chile Sauce Juice from 1 lime 1 tablespoon apple […] 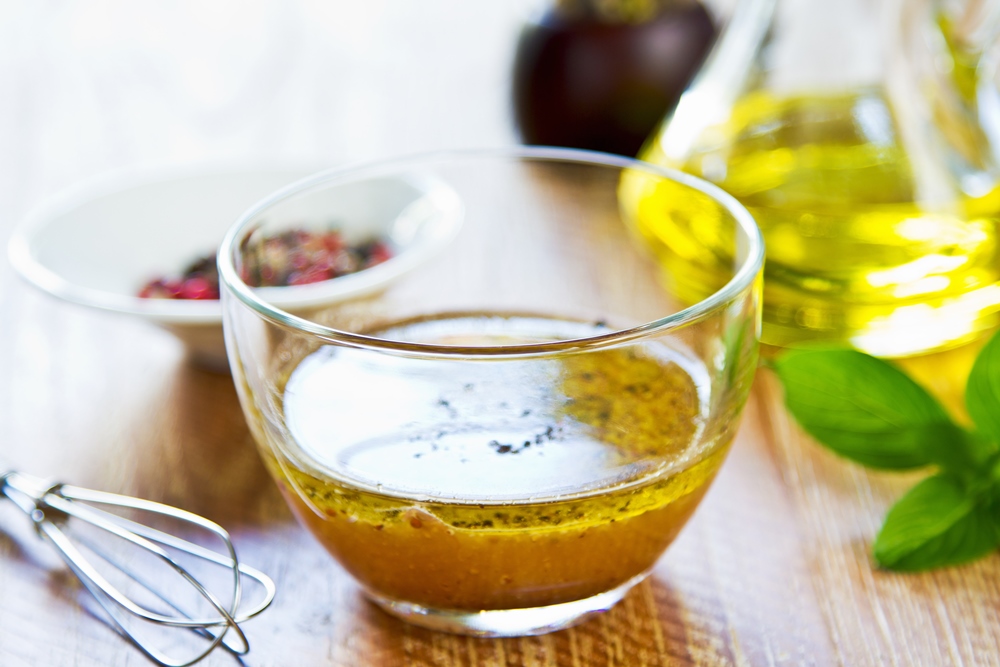 Vinaigrettes are simple, flavorful, and versatile sauces. We use them over grilled and smoked fish, with grilled pork and chicken, and even sometimes use them on salads. In this article, we share some of our favorite recipes & techniques for these amazing sauces that can do it all.   Meyer Lemon Vinaigrette Lemons are nice – but Meyer lemons are great.  If you have never experience the delight of using Meyer lemons, find a few and try substituting them in some of your lemony recipes. They are sweeter than conventional lemons, and have a much more floral aroma.  Be forewarned:  the commercial harvest in the US is typically from December through May.  I will buy about 2 dozen, then freeze the zest, and separately freeze the juice (usually in ice cube trays to get individual 1 tablespoon quantities). Ingredients: Juice from 2 Meyer lemons Zest from 1 Meyer lemon 1 tsp Dijon mustard 2 tbs  apple cider vinegar 1 tbs minced shallot 1/4 tsp salt 1/4 tsp cayenne pepper 1 Cup Extra Virgin Olive Oil DIRECTIONS Place the lemon juice,  zest, mustard, vinegar, shallots, salt and pepper in a food processor with a steel blade (you can also do this […]

Super Bowl parties – or any time you bring a group of friends together – doesn’t need to mean lots of time in the kitchen, or a quick run to the local take-out place. It’s pretty easy to pump up your parties with some simple tricks, using flavorful ingredients. Take popcorn, for instance.  We did an article on why you should make your own, and why everyone will rave about your popcorn (click HERE).  And you can pull the same trick with any nut mixture, Chex, etc.  Just take some unsalted nuts and/or Chex, toss with some healthy oil (we prefer sunflower), then toss with your favorite spice rub or spice blend (we of course prefer the Serious Foodie versions).  Bake at 250 deg for 1 hour, tossing every 15 minutes. How about the world’s easiest fancy finger food –   crostini (or bruschetta; click HERE for an explanation about the differences).   We featured a crostini recipe with brie, arugula, and Serious Foodie Fig/Orange sauce  (click HERE for the article), along with links to other websites for other crostini recipes.  Check out these cool crostini recipes: Kale & White Bean (click HERE), Sweet Potato & Feta (click HERE), Radish & Miso Butter (click HERE), and Smoked Trout […] 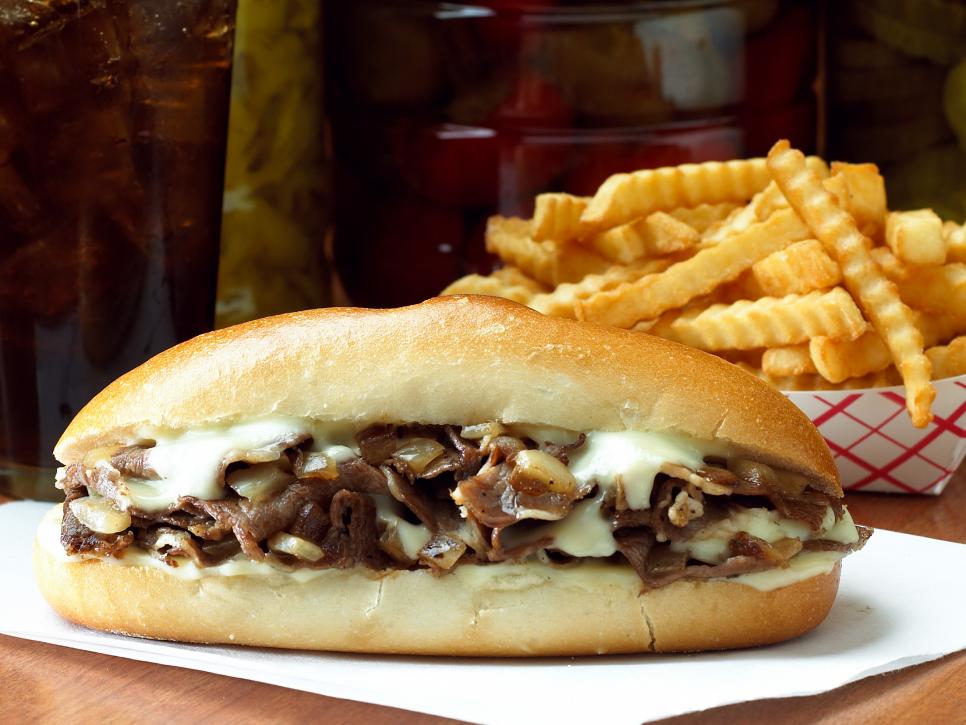 {Picture above courtesy Food  Network} This year’s Super Bowl pits not only the Philadelphia Eagles off against the New England Patriots, it also pits friendly arguments about who can put together the best party using regional foods. Some items on the list are no surprise. Two different dishes contain cheesesteaks, a Philadelphia staple. Seafood showed up multiple times as New England clam chowder and lobster rolls are both favorites in Patriots’ territory. Drink preferences also vary between the two regions. When it comes to beer, Philadelphians love ales with more alcohol and hops while a local brew tops the chart in New England. Philadelphia Cheesesteaks No doubting this one is most everyone’s favorite. The real key is to find yourself some good meat, cheese, and rolls.  Check out the suggestions and recipes in the full article by Chris Morocco and Brad Leone of Bon Appetit.  If you’re in Philly, you’re lucky – there are great places around every corner – see this Food Network article for their favorites. Lobster Rolls Again, no arguments here.  Philly might say “lobstr”, New England might say “lobsta”, but you can’t beat the sweet creaminess of fresh lobster.  All of the recipes we found were […]