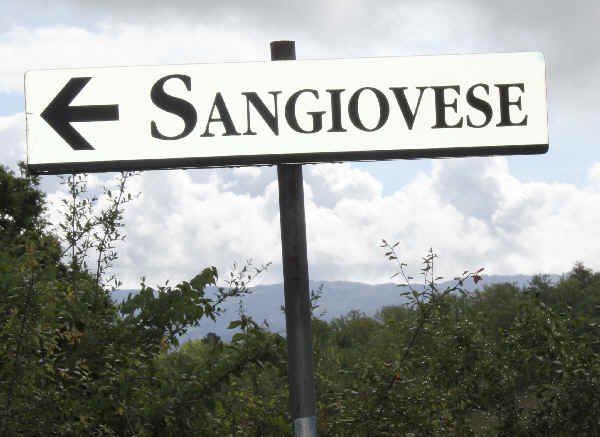 We often share our favorite Italian foods and wines with friends who love Italian wine almost as much as we do.  One night, as we were sipping a wonderful 1997 Brunello (Siro Pacenti), we began talking about sangiovese – it’s many expressions, it’s status as one of the best wines with food, and the fact that none of us had ever done a sangiovese tasting across Italy’s many sangiovese wine regions.  We decided that this last fact needed to be changed.

There are twenty regions in Italy, and sangiovese is grown in eight (Liguria, Tuscany, Lazio, Umbria, Emilia-Romagna, Le Marches, Abruzzo, and Molise).   The other regions are either too cold or too hot – the weather and the soil in central Italy is perfect for sangiovese. Within these eight regions, sangiovese is most often blended with other grapes.

We did the research, and assembled a core team of tasters to try out this idea.  We picked only six wines for this initial effort, focusing mostly on Tuscan sangiovese wines, and picking wines that were at least 80% sangiovese.

All wines were opened for more than 2 hours before serving.  There were 16 people doing the blind tasting.
Our scoring was kept simple:

This wine comes from the famous town of Montelcino, from one of the most revered producers.  The wines of Casanova di Neri are made solely from grapes grown in their vineyards.  The Rosso di Montalcino is always a younger wine, easier to enjoy shortly after bottling, and offers the less demanding side of Montalcino Sangiovese – yet still has the character of the region.  This wine is fermented in stainless steel for 2-3 weeks, then is aged in oak barrels for around 15 months.

These same grapes are used to make the more sophisticated (and expensive) Brunello di Montelcino, which needs at least 3 years of aging before released.  Brunello is best when aged for 5-7 years.

It was a nice ruby red color, and had the typical taste and smell of sangiovese from Montelcino: cherry, violets and red fruits. Great fineness in the mouth with tannin that is still young but of excellent quality. Long lasting, elegant and persistent.

The average score for this wine was “1.2”, and was the second best wine of the tasting.

Most people think of Chianti when looking for a Tuscan sangiovese wine to go with Italian food.   Chianti is a region within Tuscany,  with the area from Florence to Siena being the epicenter. There are 8 Chianti subzones, including Colli Senesi (around Siena).  The blend for Chianti and Chianti Classico has been 75-100% Sangiovese, up to 10% Canaiolo and up to 20% of any other approved red grape variety such as Cabernet Sauvignon, Merlot or Syrah. This wine, made entirely of Sangiovese, is aged for a period of 18 months in French oak casks before bottling, followed by a further refinement in the bottle for no less than 4 months.

The color was typical for Chianti – deep red – and a cherry and floral nose.  This was a very “tight,” tannin heavy wine, but did have good acidity. There was too much leather and earth tones for most people, and have a disappointing short finish.

The average score for this wine was “2.3”, and was the least favorite wine of the tasting.


The first definition of a wine-area called Chianti was made in 1716, with the original area dictated by Cosimo III de’ Medici, the Grand Duke of Tuscany – which is still considered the heart of the modern “Chianti Classico” subregion.   The Chianti of today is nothing like Chianti of the 1700’s, or even the mouth-puckering, mass producted stuff in the straw-covered bottles found in cheap pizza joints in the 70’s and 80’s.

This wine is placed in oak barrels (Slavonian and French) for one year or more, the wine is then briefly transferred back into stainless steel tanks before bottling; after bottling the wine is aged in the bottle for at least 10 months before release.   It is made from 80% Sangiovese and a maximum of 20% of Canaiolo and other red grape varietals.

This was again a very typical Chianti, and was better than the Tenuta di Trecciano.  It had more of a sour cherries bouquet, and a strong backbone of acidity and smooth tannins. The ratings were mixed, as again there was too much leather and earth tones for most people – a characteristic of Chianti in general.  It did have a much longer, and better, lasting taste.

The average score for this wine was “1.8”, and ranked fifth on our list of the tasting.

Morellino di Scansano is an Italian red wine made in the hilly environs of the village of Scansano, in the Maremma region of coastal Tuscany.  The name may come from the morello cherry, a dark red cherry with great tartness and acidity. The wine is made from at least 85% Sangiovese; this wine has 85% Sangiovese, 10% cabernet sauvignon, and 5% Canaiolo.  It is aged for 6 months in French oak barrels, and aged in the bottle for 18 months before release.

There was widely differing opinions on this wine – four people loved it, others hated it.  There was no in-between. For MrSeriousFoodie, we liked the strong black cherry aroma and the fruit forward taste.  It was not as earthy as the Chianti wines, with mild tannins and a good finish. This was a well balanced, food-friendly wine.

There are many regions that make Sangiovese-based wines besides Tuscany – Molise, a small region which sits on the Adriatic Sea, is the furthest south for Sangiovese.  The Di Majo Norante estate is a lone wolf – they own most of the vineyards in Molise, and bottle some very interesting blends.  From our research, this is the only pure Sangiovese wine from Molise.  This wine is made from 100% Sangiovese, and is aged in stainless steel and large oak barrels for six months.

After the tasting, many were intrigued with this wine because of the the Price/Quality ratio – it retails for $10.

The wine is a little funky on the nose, but does evoke some citrus (dried orange peels) along with red berries (cherry and strawberry, mostly).  The flavor is dominated by the same red berries character, with a hint of chocolate.  For a bargain red wine, this is very well balanced in the mouth with lovely acidity that is very well integrated with the modest bed of tannins.  The finish turns slightly drying and shows good length – astounding for a $10 sangiovese.

Vino Nobile di Montepulciano, the oldest Italian wine (traced to the 700’s) is produced in the vineyards surrounding the town of Montepulciano. The wine had been made from at least 70% Sangiovese (known locally as Prugnolo gentile) and will be blended with Canaiolo (10%–20%) and small amounts of other local varieties such as Mammolo.  However, they now make their wine from 100% Sangiovese.  The wine is aged in oak barrels for 2 years, then held for 7 months in the bottle before it is released.

By far, this was the favorite of the evening – and we figured that would be the case when we bought it.  We’ve had Avignonese through many of its vintages, and they are consistently great. As typical with these wines, there was a strong sweet dark cherry aroma and taste, along with a some herbal, mushroom, and leather tones.  There was a long, lingering taste that made it the most sophisticated wine of the evening.  With its fine balance of tannin and acidity, it was a great match with the Italian food we served.

The average score for this wine was “1”, and was the best wine on our list of the tasting. 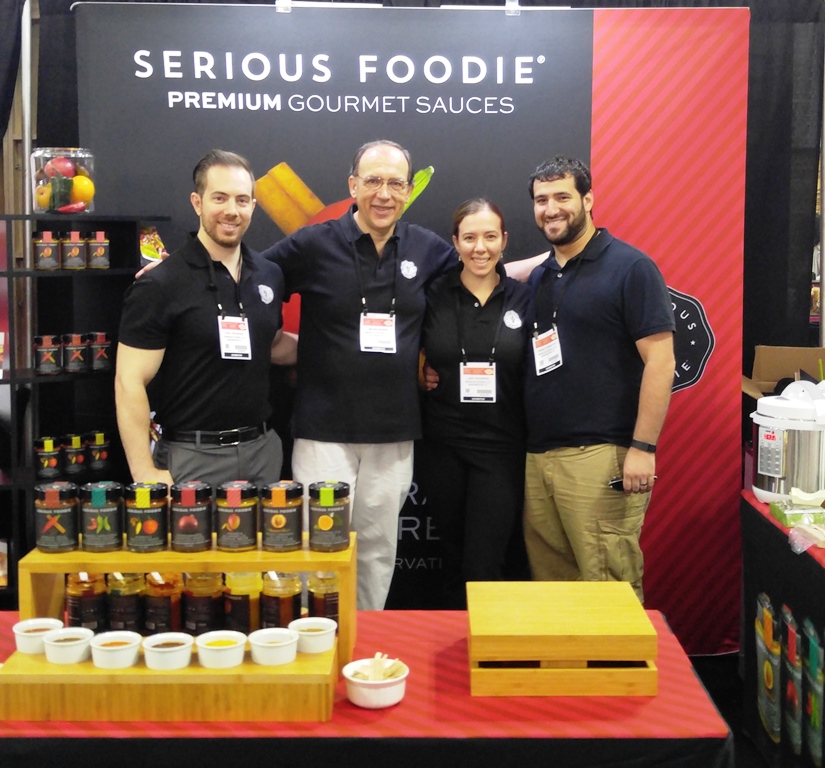